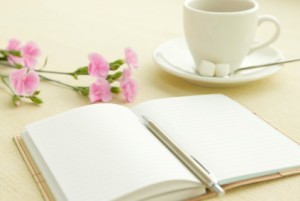 I must say I have really been enjoying myself the past 2 weeks.   Maybe online dating sites aren’t so bad after all?  I had indeed heard all of the horror stories but figured that there had to be some people having success or they’d not be in business.

Currently I am actively subscribed to eHarmony and Zoosk, both of which have turned into positive meetings with some very nice men.

The interesting or positive side of eHarmony is that you take this lengthy (very long) questionnaire or test.  By the time I finished (some 3 cups of coffee and a snack later) I am certain about the only thing they did not know about me is what brand of toilet tissue I purchase.  Frankly my ex-hubby would have found that to be important information, as well as how flexible one was regarding changing brands.  Delicate tush I suppose?  Anyway, when I finally finished I was congratulated for being accepted to the site.  I hear from others that not everyone is accepted, in fact I know more folks that were rejected than welcomed to their site.  Married too many times? Potential freak??  Who knows…whatever their criteria I made it past their border patrol and into their database.

Now I will be the first to say that it is a tad pricey, but after checking out a few sites, you get what you pay for without a doubt.  The one thing I like about eHarmony is THEY do the matching.  They send you daily selections based on some so-called scientific process they have that involves your answers and the other persons.  This IS a positive in my opinion, as then your profile isn’t being creeped on and perved over by people who will change theirs to match what you are looking for if they want to meet  you.  Yes, I have seen this on one site that involves fish, enough said.  They lay claim to a pretty healthy success rate on eHarmony so I’ll stick around for a while.

The other site I signed up with is Zoosk.  Their question process isn’t nearly as long, guess they haven’t achieved the scientific levels of superiority in match making that eHarmony has? They too are really pricy.  The subscription isn’t bad but they have a one time activation fee that was nearly as much as the monthly price!!!  But I signed up anyway.  This one you can find your own matches but so far so good. 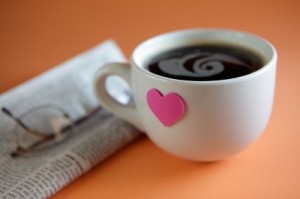 I have had dates with 5 different men in the past 2 weeks, all of them are great guys (so far, but it is too early to tell for certain and I’m approaching this slowly)!  I met each for a few drinks/dinner for the purpose of getting acquainted to see if there was interest in pursuing things further.  I enjoyed the company of all of them very much, one I’ve even had a second drink with, and looking forward to more, hopefully.  I have also had dinner with a really nice guy, Tigger, that I’ve seen before, and he is definitely someone I’d continue to see, and the only fire fighter in the bunch (PRAISE THE LORD AND PASS THE BISCUITS! I’m breaking the trend!).  I have determined I am going to avoid all men who are born under a sign that is not compatible with mine, or that fight fires for a living (Tigger is the exception).  Aquarius, Scorpio and Leo born males can just forget it, we are the worst to pair and after two heart breaks with men who were both firefighters AND Aquarians, I have learned my lesson.

Today I checked out my old Match.com profile…oops, sort of forgot I had that one.  I’m revamping it and will see how it goes now that I am not quite so skeptical about this form of meeting people.  One thing for certain, if I find someone to be of extensive interest to me, they will have to go through the Divas and my son for screening purposes.  My son is an excellent judge of character, with one major exception in his life that is now OUT of his life.  My most recent relationship interest didn’t pass with him at all, perhaps I should have introduced them earlier on, before my heart got involved?   Seems the Divas gave that one a collective thumbs down as well, but again not until after I was emotionally involved and got my heart broken did they speak up.  Everyone now understands, SPEAK UP NOW, and I agree to early introductions and to be very guarded emotionally until sufficient time and tests have been passed.

No doubt I will have some horror stories as this progress, but for now it is a fun ride and I am enjoying actually getting out and meeting new people.