Drawbridge Up, Add The Piranhas

I slept like a downed tree last night, did not move at all once my eyes closed and the sandman found me.  I woke to Pixel kitten curled up against my head, and when I moved she protested loudly and just repositioned herself,  this  time with her ass against my face.  I moved her again, much to her  disliking, then she  started  the ear  licking assault. Guess she figured if we were going to start stirring she  might as well get me to feed her.  She is now curled up in a corner of the living room observing Noel playing, but not participating.   Perhaps she is feeling it from too much activity yesterday  or her instincts are telling her to just relax.  If  she doesn’t behave she goes into solitary confinement in my room so it is wise she is choosing to be a good  little kitty.

I sometimes wish that we had the ability to snap photos with our  brains  like we do our cell phone cameras.  I know the mind records it, but to be able to share  the  images  would be priceless.  One such picture  was the look on my niece, Diva Jeanne’s face  when she saw my choice for breakfast.  I guess I am PMSing, that or the full moon today is  totally screwing  with me.  The combo  of  the two could be the issue as well.  I had my coffee  in the microwave because it had become luke warm on my desk while I was creeping on Facebook friends.  I  spotted the bananas on the counter and I instantly knew what I wanted to eat.

I pulled out a small,  glass salsa bowl, opened the fridge and grabbed the Hershey’s chocolate syrup, coating the bottom.  Then I tore into a banana and started dunking it,  OMG that was outstanding, YUMMMMM!  Diva Jeanne had the funniest look of confusion and disgust on her face.  Guessing she never saw chocolate  covered  bananas at King’s  Island or  festivals.  The only thing that would have made it better was  dipping it in crushed peanuts after the run through the chocolate. I wanted to top it off with Highlander Grogg coffee but we ran out so it is just  plain or caramel truffle.

So it is thinking time this  morning.  I tend to do that on Sunday mornings, as church at the moment is not on the agenda.  My youngest brother, the Denis Leary look-a-like, periodically puts out a teaser for me to join him for mass.  Not my cup of tea though I will give him that one of the most peaceful places to go and think just might be an empty church early before mass in the morning.  Candles  lit and the sun just peaking over the horizon bringing all  the stained  glass windows to colorful  life.  In the older churches the air is cool  from the marble and other stone, and is still very dimly lit and oh so quiet.  That is a great thinking place.  But for now,  sitting here at my desk, coffee  close at hand, ‘Celtic Shore’  CD playing in the background, mind cleared of the  cobwebs  of  sleep and dreams I cannot recall or piece together  from the fragments of images still lurking in the shadows.

Sometime this past week I stopped caring about the ending marriage.  I don’t know what happened, or when I rounded that bend,  but I realized this morning when I saw the countdown on the desktop of my PC that it is 8 days until the  divorce hearing to finalize the end of my marriage.  It used to be painful, now my thought today was “hell still over a week??”  Guessing that is a good sign but still shocked  me.  Lord Voldemort was here Friday to look at my car because the brake lights are not functioning.  When he was leaving he said something and we had a playful exchange of words that left us both laughing.  It started to strike me then that I  just don’t care anymore.  It was far different from the daggers I usually glared at him, or sarcastic remarks, I just really didn’t care.  THANK YOU 8 POUND 6 OUNCE BABY JESUS!!! (That one is for you, Debbie!)  I almost told him to just skip the addendum on the paperwork for the season tickets to the Bengals  games.  I had noted about a week back that those were not in the decree paperwork and wanted an addendum added that I get the tickets, of  course I’d be paying for them, every other season and also have half of any sale of the seat license.   I decided screw it,  I will buy my own tickets or find someone that has them for sale when I want to go.  Meanwhile I will just go down and tailgate with Ron and Tom and their gang and then stay back and watch the game on the TV in the RV.  Assuming they sell out the games that is.  So, guess I need to contact he who shall not be named and let him know tickets just are not an issue.

I canceled my Match.com membership, just not willing to play the damn blind dating game.  My heart is NOT going to be a part of the equation so why get into that?  Those guys are seeking partners and commitments  I am seeking friends with benefits on my terms,  so it was a waste of money.  My cash flow is tight enough at the moment thanks to Pixel’s surgery and a day off  without pay (still a tad bitter over that).  The whole point of my getting a second, part-time job,  was to add to the cash flow to pay off my student loans not to replace what is lost when the full time employer decides to save money by cutting my hours.

“Life is always going to be stranger than fiction, because fiction has to be convincing and life doesn’t.” ~Neil Gaiman

Enter stage left,  Long Beach.  I mentioned him yesterday, the one trying to change my mind about all men are pigs.  Seems at some point he stumbled on my former blog page, and  used to periodically follow them.  Now he is one of my daily readers, ever since finding out I was  divorcing.  He has determined that I will be his wife.  I mentioned this to the Divas, there was a collective “aw hell  no”.   They know me like no one else,  they have seen this stubborn streak.  It runs  wide and deep in me.  How much so?  Well  picture a face off between me and a tornado, my dumb ass standing in the front yard being pelted with debris, fist raised at the approaching funnel screaming “f*ck you this is MINE and you cannot have it!”  Yes,  my sorry self  facing it down to death.  I’m that flipping stubborn.

There have been a lot of red flags in this for me so far, like distance.  He lives in Long Beach, California, I live here in Cincinnati,  Ohio.  I hate hate (emphasizing here) HATE to fly.  Requires a good size drink, extra strong, and a Xanex to even get me to consider boarding the plane.  Then I  find out his birthday is 1/27/67.  BACK UP THE TRUCK FRED!!!! He who shall not be named, 1/27/65.  BIG FLASHING RED LIGHTS AND FLAG WAVING.  Aquarius is the single worst sign when it comes to compatibility with Taurus.  Trust me after 22 years married to one I can tell you it is just flat out bad karma.  Never dull,  with plenty of rough seas, can you say I DON’T THINK SO!  Seriously? Same sign, same damn birthday, lands points on  my side of the board. He is Irish Catholic and plays the bagpipes, apparently rather well and travels to Ireland now and then.  Points scored with the younger brothers in the religion and musical taste columns,  no doubt. However, I keep finding lies and holes in his story. I DON’T THINK SO PAL THIS GIRL JUST AIN’T THAT STUPID! Liars I do NOT need.  CREEPER comes to mind. 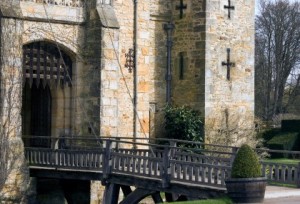 Yeah, thinking keep  the drawbridge UP on the castle, Princess, and OVER stock the moat.  Heart still locked up and securely behind the castle walls, full guard posted on the parapets, battle ready.